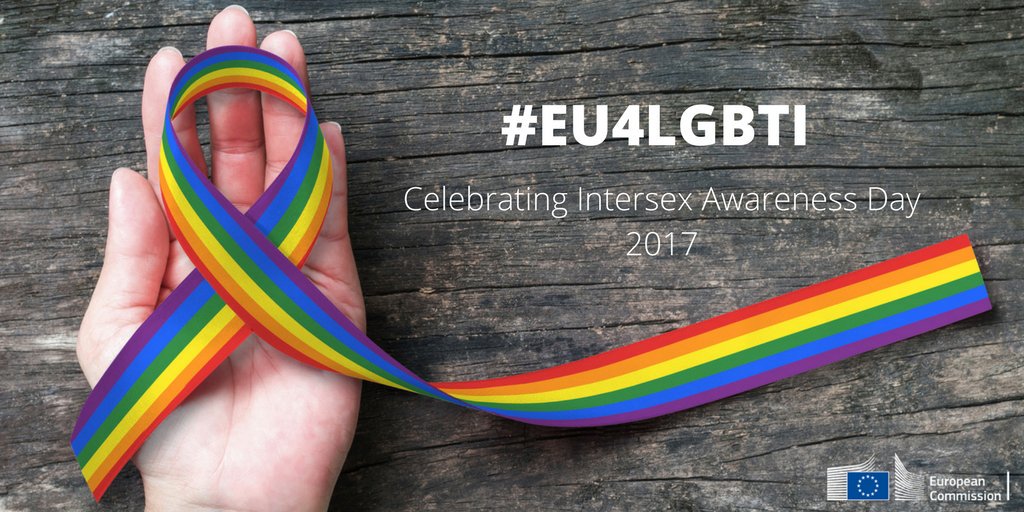 EU for LGBTI equality: Commission marks Intersex Awareness Day. Today, on Intersex Awareness Day, the European Commission is proud to release the latest video in its #EU4LGBTI video series. This video tells the moving story of Pol, an intersex person from Bulgaria and reveals the issues that this particular group of people face. The term intersex refers to a condition where an individual is born with reproductive or sexual anatomy and/or chromosome patterns that do not seem to fit typical biological notions of being male or female. Individuals with these conditions were previously called “hermaphrodites”, but this term is now considered outdated.

Oftentimes intersex people are discriminated in many areas of life – including healthcare, employment and education – as they remain largely unrecognised in European societies.  The personal story shared in this video is just one out of many. It raises awareness of what it means to be intersex from the moment of birth and throughout life. It describes the kind of issues intersex people face on a daily basis.  A supportive social environment is crucial in the fight against discrimination. Greater acceptance and social inclusion of intersex people – and those belonging to other sexual or gender minorities – can be an inspiring and educational experience. After all, diversity is what makes life rich.
By publishing this video, the European Commission is honouring Intersex Awareness Day and taking a stand against discrimination. #EU4LGBTI

Roberto is a businessman and father of four children. When his son, Andrea came out, Roberto focused on educating himself and their fellow colleagues on the LGBTI equality and diversity.


Tovaldas is an electrician and a grew up dealing with transgender issues; his grandmother Genovaite has always supported him. Both speak on the importance of changing ones identity card in order to better reflect ones gender identity. #LGBTI #LGBT